There is no evidence that organically produced foods are nutritionally superior to conventionally produced foodstuffs, according to a study published today in The American Journal of Clinical Nutrition.
Consumers appear willing to pay higher prices for organic foods based on their perceived health and nutrition benefits, and the global organic food market was estimated in 2007 to be worth £29 billion (£2 billion in the UK alone). Some previous reviews have concluded that organically produced food has a superior nutrient composition to conventional food, but there has to-date been no systematic review of the available published literature.
Researchers from the London School of Hygiene & Tropical Medicine have now completed the most extensive systematic review of the available published literature on nutrient content of organic food ever conducted. The review focussed on nutritional content and did not include a review of the content of contaminants or chemical residues in foods from different agricultural production regimens.
Over 50,000 papers were searched, and a total of 162 relevant articles were identified that were published over a fifty-year period up to 29 February 2008 and compared the nutrient content of organically and conventionally produced foodstuffs. To ensure methodological rigour the quality of each article was assessed. To be graded as satisfactory quality, the studies had to provide information on the organic certification scheme from which the foodstuffs were derived, the cultivar of crop or breed of livestock analysed, the nutrient or other nutritionally relevant substance assessed, the laboratory analytical methods used, and the methods used for statistical analysis. 55 of the identified papers were of satisfactory quality, and analysis was conducted comparing the content in organically and conventionally produced foods of the 13 most commonly reported nutrient categories.
The researchers found organically and conventionally produced foods to be comparable in their nutrient content. For 10 out of the 13 nutrient categories analysed, there were no significant differences between production methods in nutrient content. Differences that were detected were most likely to be due to differences in fertilizer use (nitrogen, phosphorus), and ripeness at harvest (acidity), and it is unlikely that consuming these nutrients at the levels reported in organic foods would provide any health benefit.
Alan Dangour, of the London School of Hygiene & Tropical Medicine's Nutrition and Public Health Intervention Research Unit, and one of the report's authors, comments: 'A small number of differences in nutrient content were found to exist between organically and conventionally produced foodstuffs, but these are unlikely to be of any public health relevance. Our review indicates that there is currently no evidence to support the selection of organically over conventionally produced foods on the basis of nutritional superiority. Research in this area would benefit from greater scientific rigour and a better understanding of the various factors that determine the nutrient content of foodstuffs'. 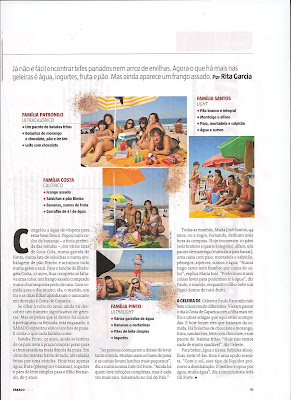